What distance do cats roam? Not as far as we think!

In 2013 academics from the Royal Veterinary College and the Universities of Lincoln and Bristol together with a team from BBC Horizon studied 50 cats living in the village of Shamley Green, near Guildford UK. By using sophisticated tracking and recording technology, they were able to build up a picture of the cats activities over several weeks. Researchers used GPS trackers to record the cats’ movements over six 24-hour periods. Micro-cameras were also  attached to a selection of cats to film their activities.

They found that the activies of cats varied; some wandering much further than others. Importantly, the distance is rarely over 100m from their home. Here are a couple of examples from the study, that featured on the Horizon programme; 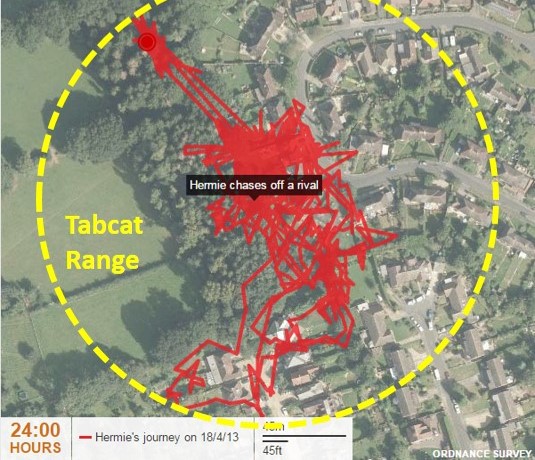 Hermie, a 4 year old black domestic shorthair male was a “a very active cat when compared to others”, according to researchers. He was found to cover up to 3.3 hectares (eight acres) in a 24 period, a larger area than any other cat. 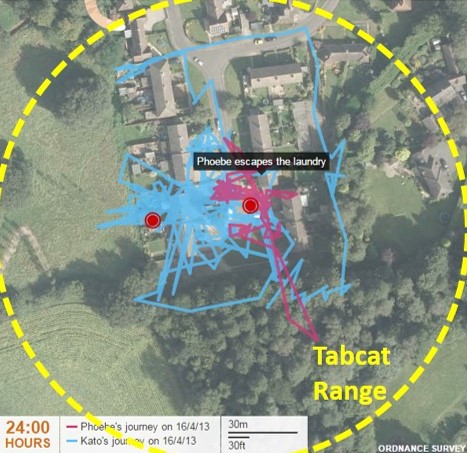 Kato is a five year old male long-haired, fluffy black and white moggie. He travels up to 93m from his home and will cover about a hectare or 2.7 acres.

With both these examples a Tabcat Cat Tracker with its range of up to 122m, should more than cover the cat’s journeys.