I have had various versions of tabcat for years and it has saved my cat's life more than once. We initially lived on a farm and I was able to drive around the farm on a four-wheeler until I got a signal and then Silverado would come to me and ride the wheeler back to the house with me. Then we moved to the cities and he more than once ventured into other people's homes and got locked in their houses or garages (he even went to work with a neighbor one day by accident). I have been able to use the tracker to find him and awkwardly knock on their doors to request my cat back. One time he was attacked by a racoon and had curled up under a building that was under contruction. He was then trapped under the building when the hole he entered was filled and I was able to use the tracker to find him and dig him back out. Admittedly, I usually have to walk around until I get a signal, but most nights he is in his usual spots so I don't have to walk far and comes home as soon as he hears the beeps. In most photos of him, you can't even see the tracker with his long hair (see below).

We added a kitten to the mix a year ago, and at about age 6 mo, I added the tracker to her collar. Took her about a week to get used to it, but now she doesn't even notice it. She also trained pretty quickly to come home when she beeps.

Excited for the V2 to come out so I can track these hoodlums even further! 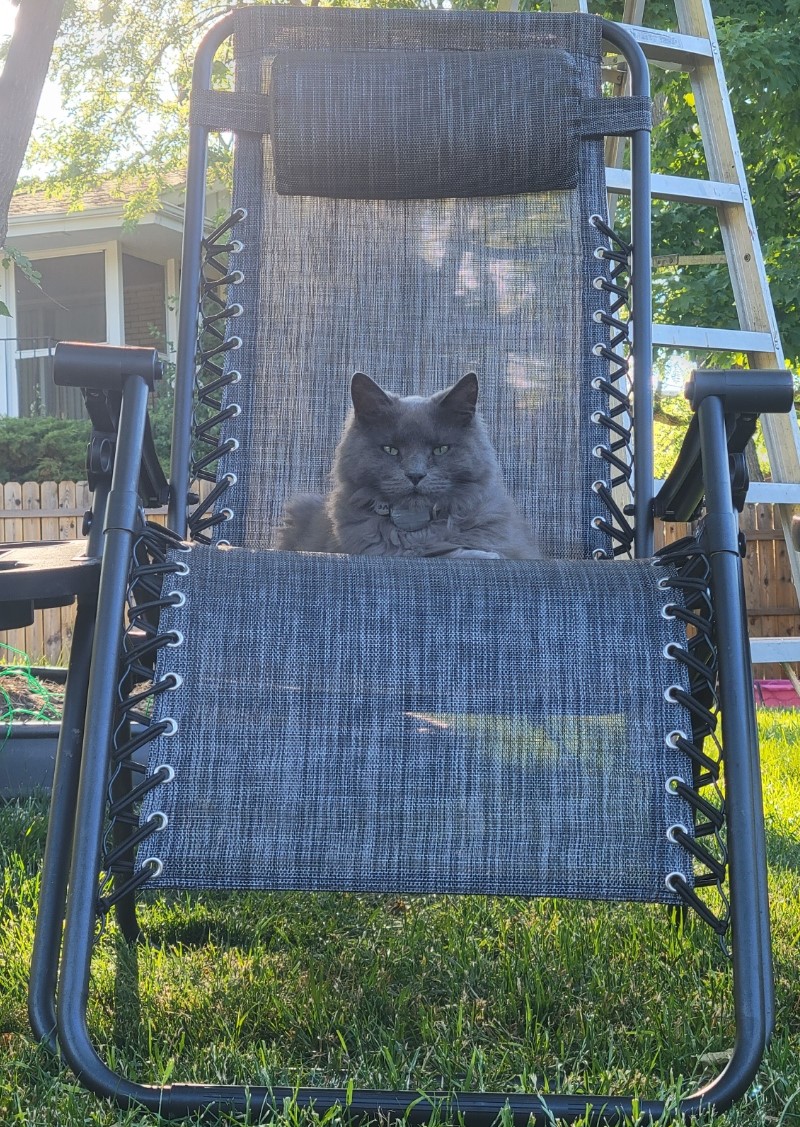